The Republican Party has proven they are the party of Donald Trump. While Mitch McConnell has finally admitted that Trump played a part in the January 6 insurrection at the U.S. Capitol building, his party has shown almost no desire to impeach the President.

The GOP also continues to maintain support for Marjorie Taylor Greene, Lauren Boebert, Ted Cruz, and Mo Brooks, among various other Republican Party lawmakers who have appeared to fully show their support for the attempt to overthrow the U.S. Government. 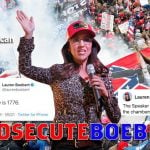 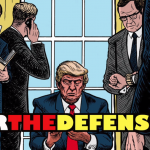